Back to the main Blackstar Selection

From chiming ‘boutique’ cleans, to on the edge crunch, or full-on distortion, HT-20 MkII deliver ‘the sound in your head’

EL84s are at the tonal heart of the HT-20R MkII combo and head. We have used our decades of valve amp design experience to combine the response and character of this classic British valve with a carefully voiced preamp to create wonderfully lush valve tones. From pure boutique cleans, to mild overdrive that cleans up by backing off the guitar volume control, right up to saturated distortion, this amp does it all.
For at home or in the studio the Power Reduction switch takes you down to 2 Watts without any compromise in tone: perfect for driving the EL84 power stage.

Simple and intuitive controls, combined with pro features like our patented ISF control, studio quality reverb, effects loop, XLR D.I. out and USB speaker emulated output, make them perfect for any performance situation – whether you’re in the studio, gigging in front of a small crowd, or playing to thousands.

From chiming ‘boutique’ cleans, to on the edge crunch, or full-on distortion, HT-20 MkII deliver ‘the sound in your head’

Enhanced Cleans
The HT-20R MkII has two footswitchable Clean Voices, one with an “American” character and the other with a Class A “British” sound.
Voice 1: Voice 1 clean gives a bright and tight tone with a solid bass response, the tone shaping is positioned early in the gain structure for a refined American tone and response.
Voice 2: Voice 2 gives a highly responsive “chime” with a looser, resonant bottom-end for a British tone that can be pushed into a mid-range overdrive when driven hard.

Enhanced Overdrives
The two footswitchable Overdrive Voices are characterised by a tone which is high in gain, but avoids any of the detached top-end “fizz” often found in other designs.
Voice 1: This is the Classic “British” Blackstar overdrive. Rich and natural it goes all the way to Super Crunch gain but cleans up beautifully
Voice 2: Inspired by the critically acclaimed HT Venue MkII high gain sounds, this overdrive has additional aggression in the high-end with a tight resonant low-end.

Patented ISF (Infinite Shape Feature) Tone Shaping
The conventional three way guitar EQ network, or tone stack (a.k.a. Bass, Middle and Treble), is a key to the characteristic “voice” of traditional guitar amplifiers. Classic amplifier designs have their own versions of this network which leads to their own tonal voicings. The ISF control allows you to infinitely adjust the response of the tone control network between any of the traditional voicings in a way that has never before been possible. In this way you can design your own sound and truly find ‘the sound in your head’. 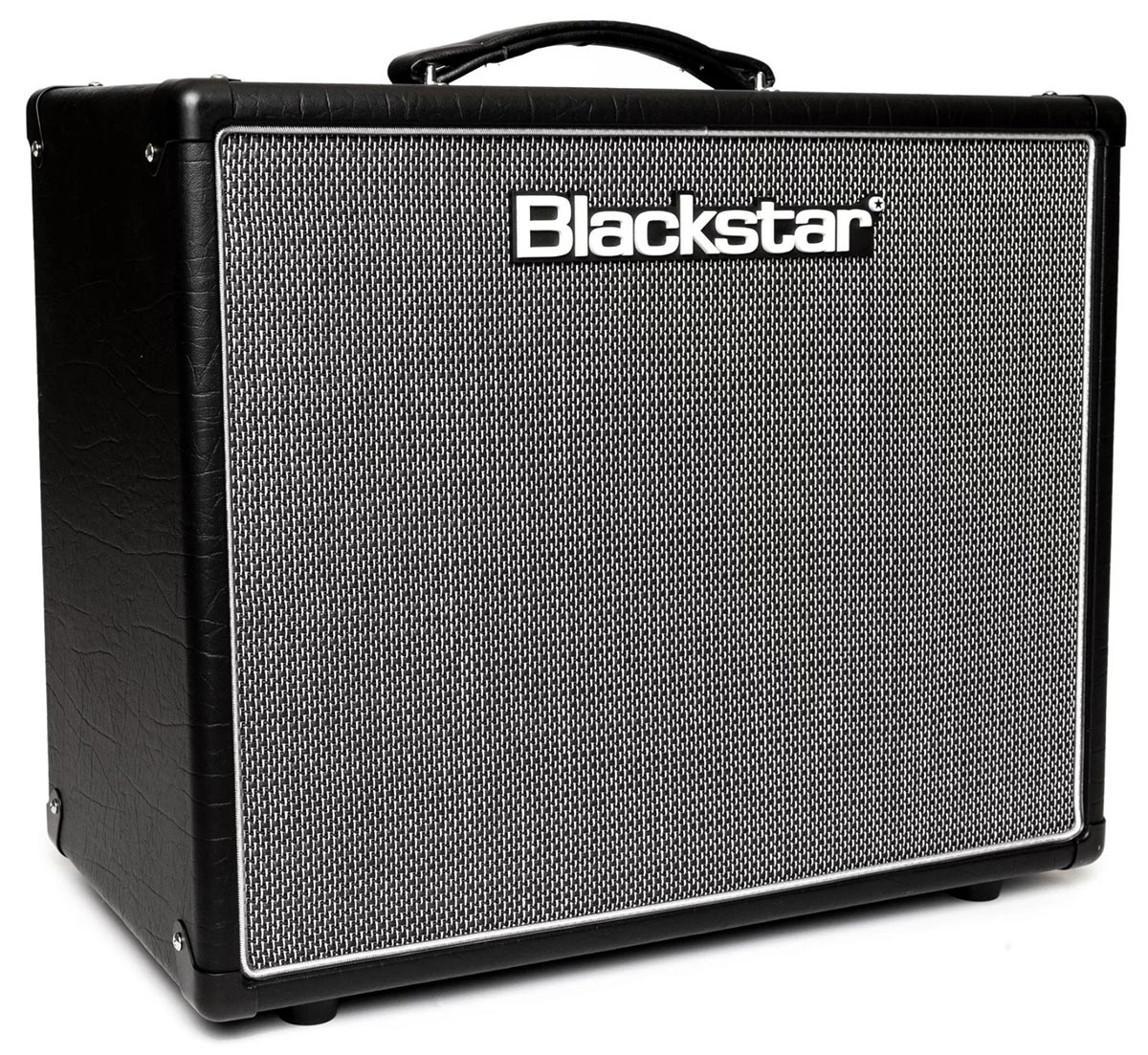 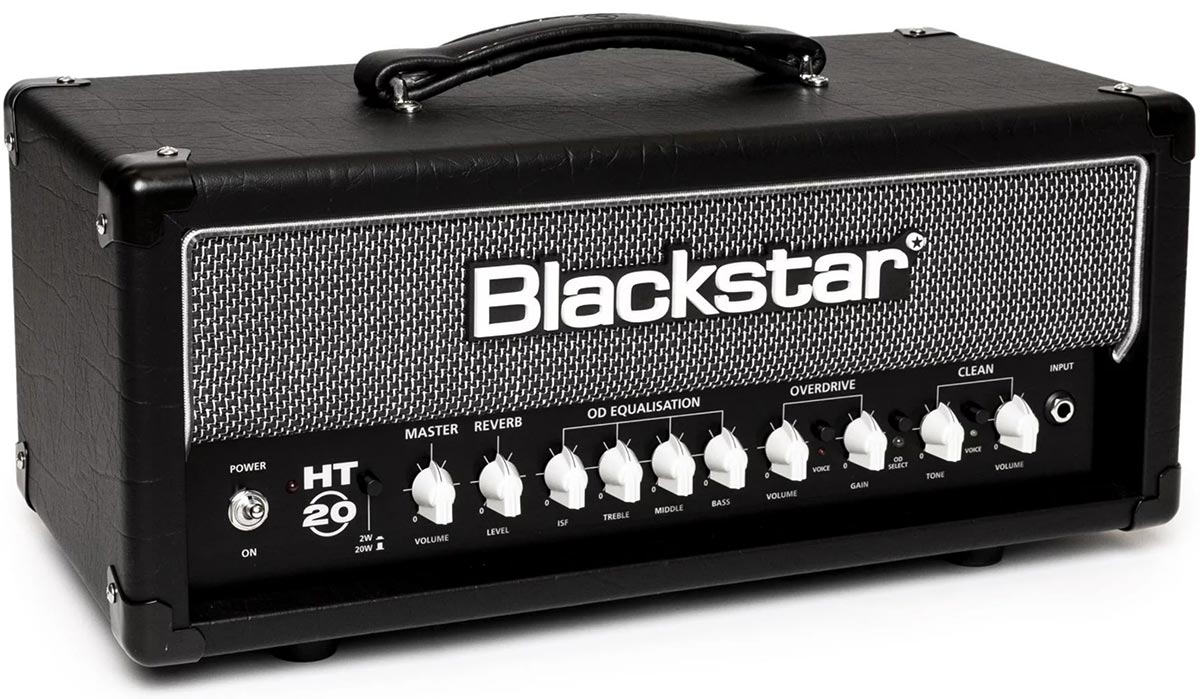 Influenced by history’s most iconic amplifiers, three new 10W single-ended valve amplifiers have been developed each with a different power valve: KT88, EL34, or 6L6.
The feel, dynamics and natural compression of these small single-ended valve amps has to be experienced. The instant response and feedback you get when playing, create a direct connection between your fingers and the speaker and fuel your performance.
The Studio 10’s simple controls allow you to quickly and easily dial in classic tones. From chimey cleans to musical, smooth overdrives that clean up beautifully when you roll off your guitar volume. At 10 Watts they each deliver stunning tone even at low volumes.
To capture the true sonic experience of the power valves driving, or breaking up when driven the Emulated Output is take after the power stage. Every nuance of your sound can be easily recorded or run through a PA for larger venues.
With a seamless blend of classic tone and boutique-inspired design, each amplifier takes its place alongside some of the world’s most revered studio amplifiers. 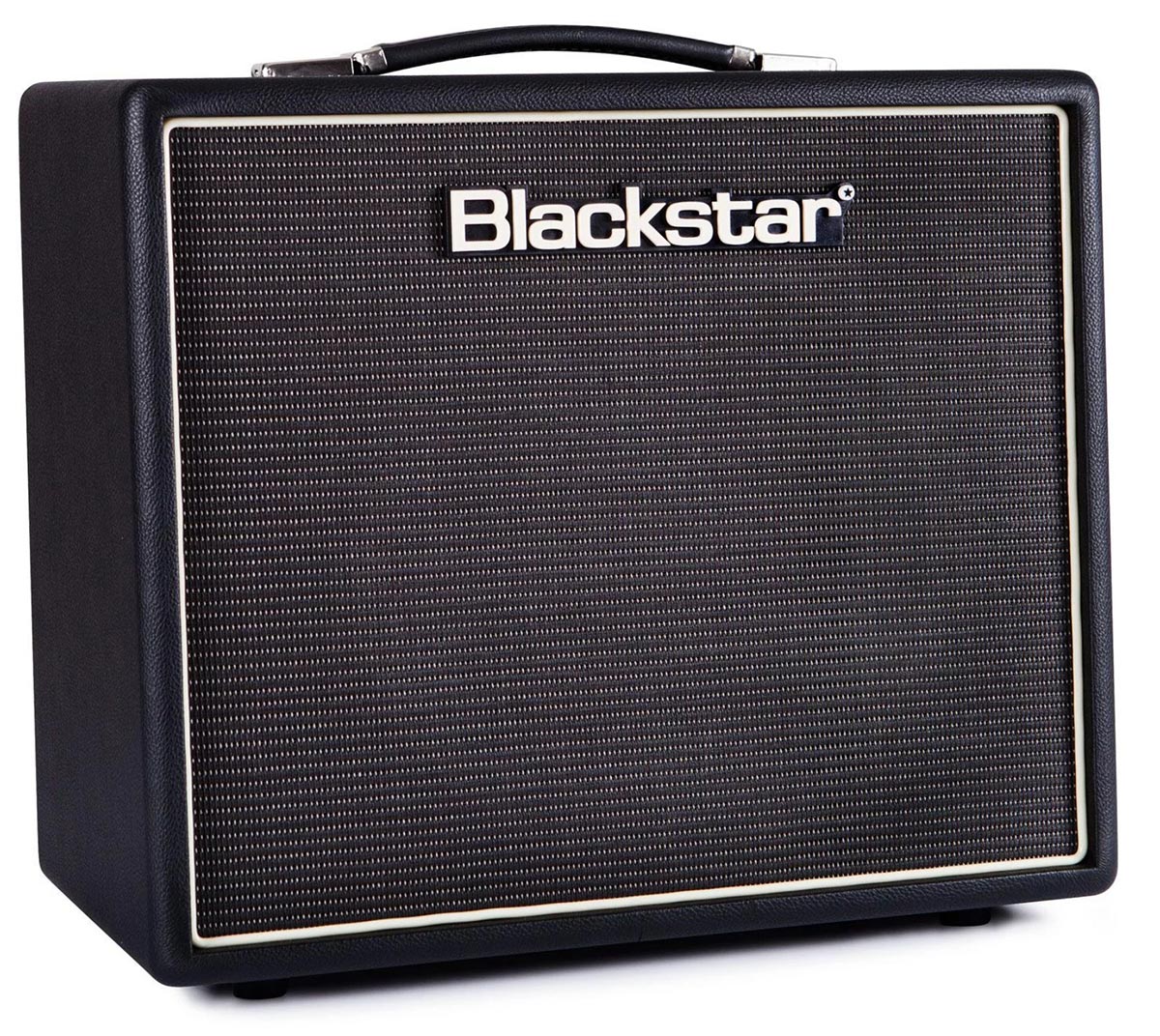 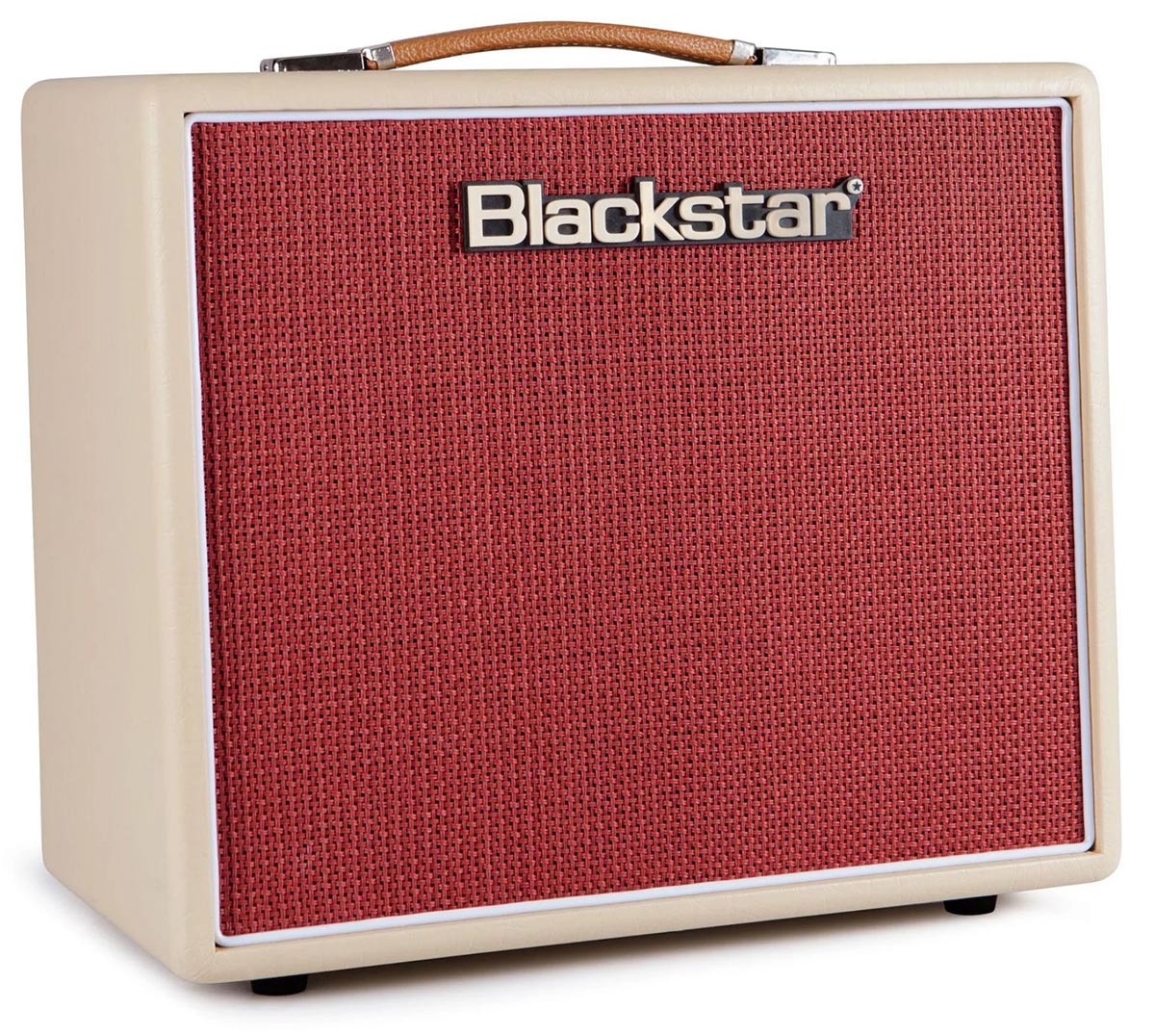 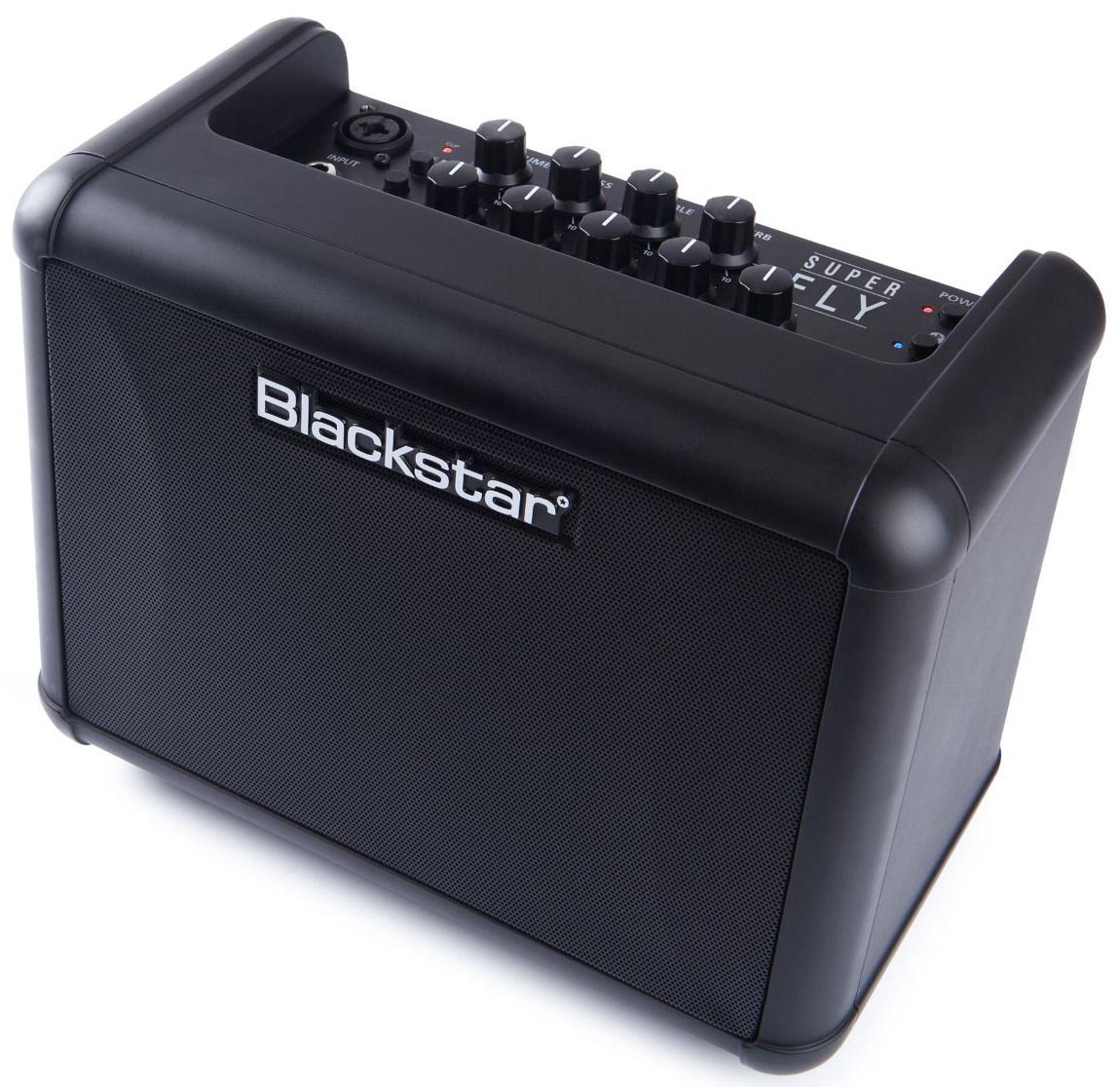 The SUPER FLY is your take-anywhere street performance amp. Channel 1 has an XLR/jack combo input for use with microphones or line level instruments. Channel 2 is for guitar, either electric with clean and overdrive, or a specially-voiced acoustic setting. Each channel has its own separate EQ and reverb controls. It’s easy to pair a Bluetooth device for jamming along to and the SUPER FLY’s two 3″ full range speakers deliver 12 Watts of power. When you’re using it in the street the handy built-in tilt back stand ensures your playing is heard. For portability it runs on 8 x AA batteries, or there is an optional rechargeable battery pack that discretely attaches to the back of the unit with Velcro and gives 15+ hours of playing time. Whether you fly solo or play in a duo, SUPER FLY delivers your performance.
Features:
– 12 Watts; 2×3″ linear speakers
– Dual channel design accommodates microphone, line level instruments, and acoustic or electric guitar
– Digital Reverb on both channels; Channel 2 includes overdrive for electric guitar
– Bluetooth connectivity; Line In; Emulated/Headphones Line Out
– Compact, portable and durable construction for easy and reliable transportation