REGARDING MUSIC LESSONS AND THE CODIV-19 OUTBREAK

While we are currently not able to offer in-person lessons due to the Covid-19 outbreak, some of our teachers are offering online lessons. See below for the teachers that are offering this and contact them directly. This is a great time to dust of that old guitar and get those chops back up

marksharkmusic@verizon.net (310) 500-6165.
With over forty years of guitar playing experience Mark Shark brings his unique talents to the Pacific Northwest. As a multi-instrumentalist, performer, composer, teacher and author he has had the good fortune to have shared the stage and studio with many of his own personal hero’s over the years (Jackson Browne, Jesse Ed Davis, Bonnie Raitt, Taj Mahal, John Trudell and Bob Dylan). Mark’s qualifications include the analytical, technical and patient ability to teach music, and the undeniable desire to shed some light on his love of world music and alternate tunings.
Mark’s first book The Tao of Tunings (Hal Leonard) takes a unique and comprehensive look at how to approach and play the guitar in altered tunings. His latest project is the soon to be released chronicles of Jackson Browne’s Solo Acoustic Records Volumes I and II (Inside Publications 2015). His next endeavor, Comparative Scales in Exotic Tunings for the Guitar, is underway now.
Mark specializes in Acoustic and Electric Guitar, Slide Guitar, Mandolin, Banjo, Ukelele, Dobro, Pedal Steel, Lap Steel, 12 String Guitar, Pull String Guitar, Bouzouki, Balalaika and Dulcimer.
Expertise: Altered Tunings, Music Theory, Songwriting, and Improvisation. 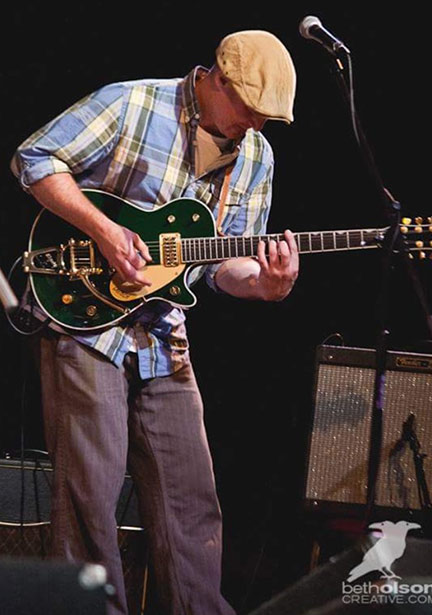 Alan is the Band and Guitar Director at Portland Waldorf School and also works as an instructor at Portland Music Company. He teaches all levels from beginners to advanced students, offering one-on-one sessions, group classes, and conceptual workshops. During his years as an instructor, he has had the privilege of teaching alongside Ron Hurst from Steppenwolf for several years. He also studied extensively with several private instructors including theory/composition, jazz/classical with Tom Patitucci in the Bay Area and flamenco/fusion with Toshi Onizuka in the Portland Area. He is able to offer the proper terminology and lesson plans to ensure each particular student feels cared for, respected, and excited to play music. He believes music is about expression and having fun!

Alan earned a BA in Integral Studies from the California Institute of Integral Studies in San Francisco. Prior to that he studied Music at Portland State University and Southern Oregon University. He has a wide variety of skills – playing and teaching guitar, banjo, ukulele, piano, dobro, drums, bass, and mandolin. He has also been in his performance ensemble for over fifteen years and performs weekly. In addition to several performances throughout the East coast, he has been a resident musician at several wineries and restaurants throughout California and Oregon. As a performing musician for nearly thirty years and a music instructor for over twenty, he enjoys the opportunity to aid each student’s musical desire, as they formulate the language, techniques, and abilities their instruments offer

Thad Beckman offers lessons for beginners, intermediate and advanced guitarists and beginning and intermediate ukuleleists. Specialties are fingerpicking and flatpicking blues (acoustic and electric), folk (traditional and contemporary), traditional country and slide guitar. He also works with songwriters looking for help in all aspects of songwriting from chord structure, lyrics, melodies and guitar hooks to studio recording.
In his 35-year career Thad Beckman has performed on the David Letterman Show, Levon Helm’s Midnight Ramble and festivals, theaters and clubs all across The USA, Canada and Europe. He has played guitar for Bo Diddley, Earl Thomas and Tom Russell to name a few.
He has shared the stage with B.B. King, Emmy Lou Harris, Los Lobos, The Band, Jesse Winchester, Dave Alvin and many others. He has eight critically acclaimed studio albums to his credit and has lent his talents to countless other CD/album projects, most recently Tom Russell’s Grammy nominated album The Rose of Roscrae released in 2015
He has taught workshops throughout the USA, Canada and Europe.
He started his teaching career in 1977 and has worked one on one with hundreds of guitarists from beginners to experienced professionals. He designs his lessons around each student’s personal goals. Student must be at least 10 years old.

ERICK HAILSTONE- Guitar
I studied at the Berklee College of Music, G.I.T., M.I.T., and private studies with some of the best musicians in the world. If you don’t know my name I’ll bet you’ve heard music I’ve written or my guitar playing on such TV shows as “Friends” or commercials for “Lowes” and “Lifelock”.

I’ve got decades of experience in many areas of the music business. For years I’ve been studying and teaching all aspects of music and guitar playing. I work for Yamaha as a Clinician and have taught Guitar Master Classes at Christian conferences all over the country. I have also created and taught music classes for Home School Organizations.
With many years of experience teaching and performing I can find the unique way for you to learn about music and the guitar. Whether it’s Rock, Jazz, Pop, Alternative: picks, fingers, hybrid approaches; scales, harmony, rhythm. I’ve studied it, performed it, I’ve done it. 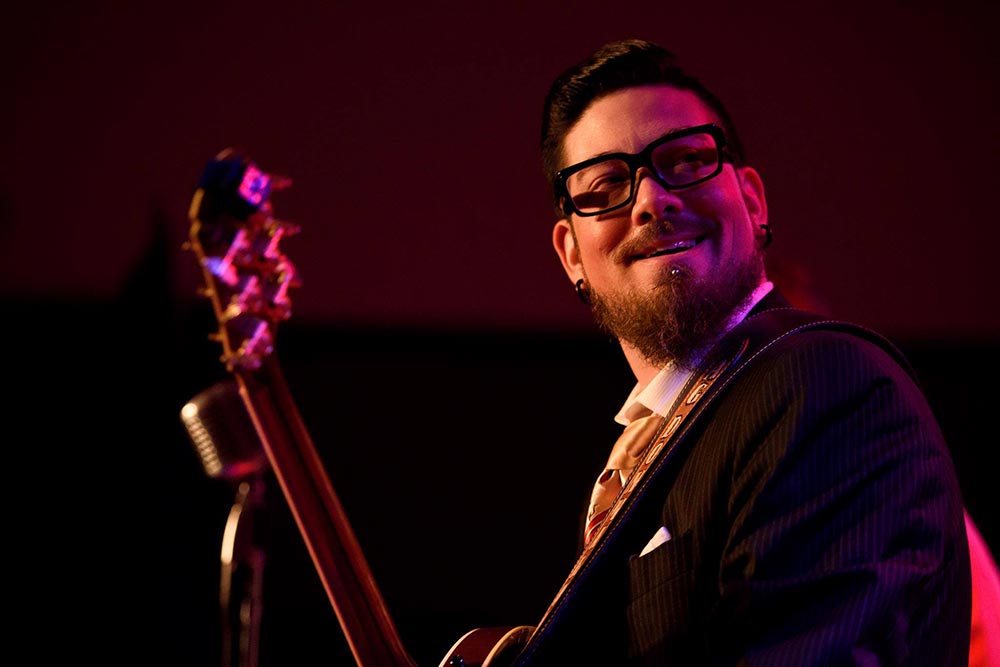 A.G. DONNALOIA – Guitar
A.G. Donnaloia is a local performing, touring and recording musician, composer, and guitar teacher for over 20 yrs. He plays and teaches a wide range of music styles including Jazz, Latin American, Soul, R&B, Rock and Hip Hop. He works with students on reading, writing, theory and improve as well as technique while making it all fun!
A Father of 4, AG has a very caring and patient manner and loves working with children and adults alike and showing them their potential and starting them on their path to a lifelong love of music. AG attended the Mt. Hood Jazz program. Of all the amazing music he has been a part of, one that he cherishes most is his
participation in the late icon Thera Memory’s Youth Jazz Orchestra. As a teacher, his favorite thing is seeing that light bulb go off and smile spread across his student’s face. 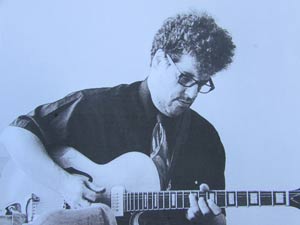 Ian Miller has had a long career (34 years and counting) as an established and respected performing/recording guitarist within the Portland music community, spanning genres of rock, punk, classic country, traditional and Western swing, rockabilly, smooth jazz, and more. This variance reflects not only Ian’s wide range of taste and interest, but also his recognized capabilities in bringing both a traditionalist approach to whatever musical style he is inhabiting, as well as an adventurous ear for improvisation and a healthy appetite for musical mischief (because he feels that guitar playing should, most of all, be fun).

Being that one of Ian’s acknowledged strengths is indeed lead guitar (be it arranged or improvised), it’s no surprise that his mission as an instructor should focus on what he likes to call “fretboard familiarity”, or making said fretboard seem not so vast and unfriendly, and he is quite thrilled with the possibility of helping players of all experience levels gain confidence, knowledge, and dexterity.

After a 20,000 mile, 100 day motorcycle tour of America, Tommy relocated to Portland, OR in 2009, where he now performs with The Flat Nines jazz ensemble and continues his studies with several advanced teachers. He teaches all ages; from beginning to advanced levels on guitar and beginning to intermediate levels on violin and mandolin. His styles encompass Jazz, Bluegrass, Gypsy Jazz, Blues, Rock, Funk, Alternative and Latin, among others. Tommy has studied and played guitar, violin, and mandolin for over 15 years.

A local professional for many years, Steve is grounded in 50’s and 60’s rock. Also offered are blues and fingerpicking folk styles. Roots type music is fun to play and also provides excellent foundation for any musical direction the player may wish to go. Besides the basics of getting started with the instrument, learning to provide “the groove” or rhythm guitar is pursued as well as learning to improvise lead lines. Beginning through advanced players.
Steve Bradley was inducted
into the Oregon Music Hall of Fame in 2007. 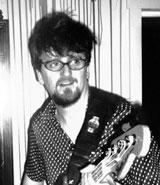 Don graduated from Berklee College of Music in 1991 with a bachelor’s degree in Music Performance. Don is excellent with kids and beginners as well as advanced players. He has been teaching for over 10 years and strongly believes music should be fun .He has an abundance of patience and enthusiasm. Lessons can include techniques for soloing, theory, sight -reading , chords, playing by ear , and having fun learning your favorite songs. Don has very eclectic musical tastes. He has experience playing Jazz, Classical, Rock, African, Reggae, Funk and Cuban music.

Tim Roth has been teaching guitar in the Portland area since 1996. He taught guitar at the Central Community School of the Arts in Arizona and at Portland Community College. He holds a Bachelors in Music from Arizona State University and graduate studies under local guitar great Jerry Hahn at PSU. Two of Tim¹s recent students are now music majors at Oregon State University. Tim teaches a variety of styles including finger style chord melody jazz, blues, classical and classic rock. He teaches all levels, including beginners. When he isn¹t teaching or practicing, Tim has frequent performances in and around the Portland area. You can see him at Ford Food and Drink every Sunday afternoon, 12-2. You can also catch up with him on his
website. 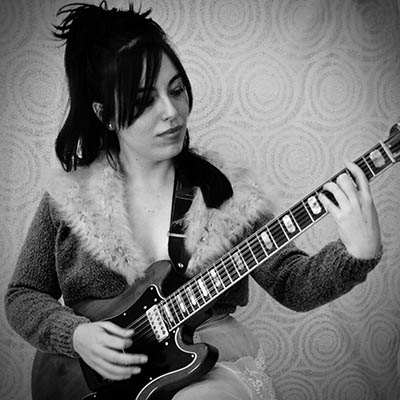 Shiloh.schatzkamer@gmail.com (424) 558-4610.
Shiloh Schatzkamer is a recent graduate of Reed College and an experienced ukulele and guitar teacher. She has the good fortune of being the daughter of renowned guitarist and educator Mark Shark (Tao of Tunings.com) and the student of master guitarist Julia Banzi (Al Andalus Ensemble, Reed College).

Shiloh welcomes students of all ages interested in any genre, but specializes in teaching children and young adults interested in pursuing music. “I’ve been around music my whole life, playing with my father and brother for years in our home, as well as in my high school jazz band, at Reed College, and performing in coffee houses and open mics both here and in LA. These experiences have given me a broad musical foundation to draw from… I love teaching, I love learning, and I love playing music.”

nonserviam523@gmail.com (503) 358-3231.
Ryan has been teaching individualized drum lessons in the Portland area since 1995. His lessons are tailored to the student; emphasizing technique, independence, reading, transcription, preparation, and above all, confidence. He currently plays around Portland with the bands Sioux, Ed and the Red Reds, and Salyut Seven. Beginners are always welcome!